What a year 2012 has been!  Since I've blogged and re-blogged and then blogged again about the awesomeness of 2012, I am passing on looking back once more and am instead looking forward to 2013.

I have been putting together a race schedule for next year that started out relatively modest, but has evolved into something a bit more ambitious.  2012 was all about being kind to my body and despite racing a ton, I only competed in a handful of longer distance races.  I have every intention of continuing to be kind to my body, however the handful of longer distance events has turned into two fistfuls for 2013! And it just keeps growing.

Some, especially those not yet addicted to racing, may wonder why I choose to dedicate so much time and effort to training and racing. The answer is simple: because I can and it makes me happy.  I'll elaborate.  I am strong and healthy and preparing for races and racing makes me stronger and healthier.  Now, more than ever, I find that incredibly addicting and perhaps that is why it makes me so happy.

Sooooo, the race schedule continues to grow, and for lack of a better word, I am psyched!

And just in case you noticed that there are a few open weekends, no worries, I'll also be adding in local XC races and midweek races as my schedule allows. 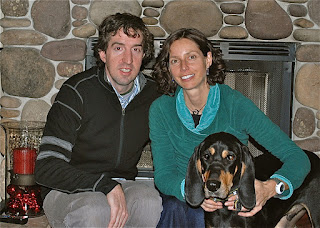 I sometimes get messages from women who have recently undergone treatment for breast cancer and want to know how long it will take to regain fitness after treatment.  The reason these women are asking me is because oncologists tend to respond to this question quite vaguely.  I think they're vague because there is no clear cut answer.  There is a huge variation in types of breast cancer treatment which alone can impact recovery.  Additionally, even women who receive the same treatment often recover quite differently.   Since oncologists don't like to answer this question, many women, me included, find it incredibly reassuring to see someone's timeline who has been there, done that.

Before I get into the nitty gritty details of treatment dates and major milestones in fitness I would like to say that full recovery is very difficult to gauge.  If you asked me back in March 2012 how I felt I would have responded "Great".  Now that nine additional months have passed, I would say that in March my recovery from hard and/or long training sessions was slow.  I also woke up every day with a little bit of heaviness in my legs.  However I did feel great compared to how I felt while undergoing chemo.  It's all relative I suppose!  Today, nine months later, I recover from racing and hard workouts much more quickly and I no longer have that heavy feeling in my legs.  Admittedly, I'm not sure if the nine months has allowed my body to recover more from chemo or if my fitness has improved; likely it is a combination of both.  Regardless, I can't wait to see what "great" feels like nine months from now!

Without any further rambling, here is my timeline:

Two months after finishing chemo I wrote a blog post on my tips to stay fit and healthy while undergoing chemotherapy.  I also did a post on a typical week of exercise for me while undergoing chemo.  I coined it my chemo training plan.  While training and activity level need to be modified while undergoing chemo, I feel that maintaining good health and preserving as much fitness as possible accelerates regaining fitness after treatment.  There's pretty solid research to back that up too, although it also seems like common sense to me:)

Recovering from surgery, sometimes multiple surgeries, is another confounding factor when dealing with breast cancer.  Since I have had both a lumpectomy and mastectomy, I can say with certainty that a lumpectomy is a thousand times easier to recover from.  I had more pain from the sentinel lymph node biopsy, a procedure done at the same time as the lumpectomy to check for cancer cells in the axillary lymph nodes, than from the lumpectomy.  The pain was very manageable and I was back on the bike within a couple of days.    My second lumpectomy, which was a stand alone surgery, was even easier to recover from.  A mastectomy is a much more invasive surgery.  I was cleared to walk immediately and made a point to walk as far as I could every single day.  Once the drains were removed, at about 1.5 weeks post-op, I started a stretching program to work on regaining range of motion.  It was a solid 3-4 weeks before I was legitimately riding my bike outside.