Back in, I don't know, May or June, I thought it would be a good idea to race 6 Hours of Frog Hollow.  The Frog Hollow races utilize the epic trails in Hurricane, Utah including the IMBA award winning Gem Trail.  This race course rates very highly on my all-time favorite list.  The trail traverses the Virgin River Gorge making the scenery tough to beat as well.  Since I didn't want to race 6 hours by myself, I asked my friend Jo if she wanted to race it duo with me and she said yes.  Now, my first bike race in 10 months is only a few days out.

Am I nervous?  Maybe a little, but mostly I'm psyched to travel down to Southern Utah, rip the whoop-de-doos on the Gem trail, and hang out with friends for the weekend.

Being a somewhat competitive person, in order to have fun, I'm going to have to go into this race accepting of where I am at, both physically and mentally.  I'm not in bad shape by any means, but I am only 6.5 weeks out from my last surgery and I have done exactly 5 legitimately hard efforts since March.  That said, I will not put any limit on what I believe I can accomplish on the bike in the future.  Next weekend, next year, and beyond........

Even though this weekend will mark my technical 'return' to racing, I am not planning on racing anymore this fall.  Instead, I will continue to allow my body to heal from this year while I work on building back some of the muscle and strength that I lost.  Stay tuned for exciting things to come......

and since I don't have any new photos, I will post some photos from the last time I raced in Frog Hollow. 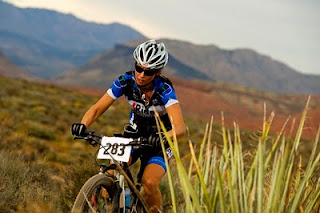 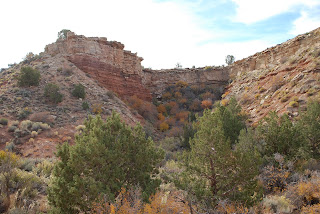 Sun rising over the plateaus 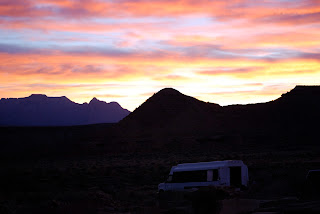 September 17th was a memorial service for my Dad.  It was a beautiful weekend on so many levels and the service was exactly what I wanted/needed.  It started with a dinner Friday night with my siblings, niece/nephews, and my parents closest friends from Chicago.  The actual service was Saturday.  Family and friends shared experiences/memories of Dad and the service culminated with a 30-minute slide show, that my talented sister put together, of over 400 special moments with Dad.  The day was full of laughter and tears; truly a celebration of life.  I spent the rest of the weekend with family.  My niece and nephews were constant entertainment especially when Dizzy joined in on the fun.  I wish my Dad were there...... Family photo
Since then, I have occupied my mind by keeping extremely busy.  I must admit, it has worked quite well.
Now that my post-surgical precautions are basically non-existent, I have started to slowly introduce some weight training to build back some of the muscle I lost.  I have also been riding my bike.......a lot........In fact, last weekend I clocked over 6.5 hours of ride time in 2 days and probably double that in shammy time.  Like I always say, riding is my best therapy, and I have been getting lots of therapy recently!
Posted by Jen Hanks at 9/26/2011 3 comments:

I have had a bit of writer's block lately.  So much has happened over the past few weeks, but I feel like I have done so little.....

Growing up, I remember my Dad was always 'young' for his age.  He was an adventurous soul who loved to hike, ride horses, play ice hockey, ski, joke, fish, golf, and throw back a few beers and have a good time.  Some of the crazier things he did were sky dive and go to bull riding camp.  Yes, you read that correctly.  My city slicker dad, who wore a suit to work everyday, went to camp to learn to ride bulls! 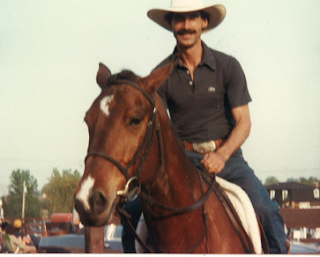 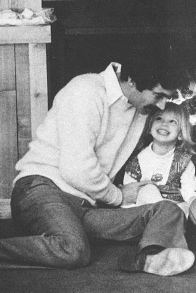 A few years ago, we noticed some cognitive changes.  They were subtle at first, but continued to progress.  Suddenly, my 'young' Dad became very old.  After a few incorrect diagnoses, my Dad was finally diagnosed with Frontotemporal Dementia.  Frontotemporal Dementia is defined as "disease process that results in progressive damage to the anterior temporal and/or frontal lobes of the brain. The hallmark of FTD is a gradual, progressive decline in behavior and/or language that often has a relatively young age at onset (mid-50s to 60s), but has been seen as early as 21 and as late as 80 years. As the disease progresses, it becomes increasingly difficult for people to plan or organize activities, behave appropriately in social or work settings, interact with others, and care for oneself, resulting in increasing dependency".


Even while my Dad's cognitive ability rapidly declined, he still enjoyed physical activity with me and for this reason, we became very close.  One summer, I went up to Park City (where my parents live) and did all of my recovery bike rides with Dad.  The next, when he was no longer able to safely ride a bike, we walked together.

As my Dad continued to decline, one thing remained constant, his clear and unwavering love for me.  I have no doubt that my Dad knew exactly who I was up until the very end.  It made my two hour round-trip commute to visit him incredibly rewarding.

Over the past few years I witnessed my father's cognitive and then physical decline and it is ingrained in my head.  I am trying to remember my 'young' dad; the one who was a giant goofball, loved horses, played ice hockey in his 50s, and climbed Mount Elbert in his 60s. 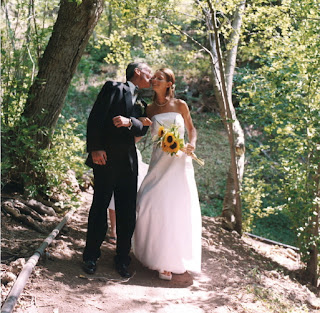 I wavered back and forth if I should include this post in my 'athlete with breast cancer blog', but the truth is, life doesn't stop when you have breast cancer and athletes do have 'life' besides training, eating healthy, recovering, and competing.

I love you Dad.