I think I caught a few people off guard with my recent surgery.  Sorry about that.  Obviously it wasn't a secret....I blogged about it....but, honestly there are more fun things to talk (and think) about than an upcoming surgery.

So since Christmas break I spent most of my time and energy focusing on "other" things.

I consumed myself with gaining as much fitness and strength as possible going into surgery.   There I go talking about surgery again, but from experience I know the stronger you go in the stronger you come out!  This meant starting a structured training program for the first time since May.  It felt great to have workout goals every single day and since at the moment I am a self-coached athlete, I have been having a lot of fun developing a well-thought out plan for myself.  My program, with the immediate goal of getting me surgery ready and the ultimate goal of getting me race ready, has traditional on-the-bike workouts, however I have added an increased emphasis on weight/strength workouts.

The reason for this is twofold 1-Chemo has already made me osteopenic and my best defense against further bone loss is weight bearing workouts and 2-I could use a little extra strength, especially with an impending surgery and unavoidable downtime coming up.  Ugh.  Talking about surgery again!

My weight program is what I would consider moderately intense with a combination of plyometrics, kettle bell exercises, lots-o-core, and some arms.  By the time I am done I have worked up quite the sweat, but am not so wasted that I can't go for a ride.

So far, I am pretty psyched about my training program.  In a few weeks, I have gained considerable strength and fitness both on and off the bike.  I am now clearing technical obstacles and making steep switchback climbs that a few weeks ago I was struggling with. 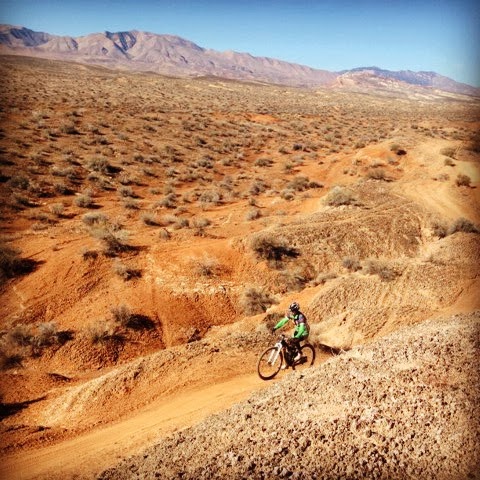 In addition to training, and of course working, Shannon and I have consumed ourselves with getting our home ready to put on the market.  Nothing like adding a little bit of stress to an already stressful life, but this is a good thing.  We love, love, love our home.....it is perfect for us, however Salt Lake City's chronically poor winter air quality, has pushed us to move to higher elevation for the sake of our health.  Park City, here we (hopefully) come!!!!

That said, I remain passionate about working toward cleaning up the air in the Salt Lake Valley.  I truly believe that through proper regulation and individuals reducing their pollutant output especially on "high risk" days that Salt Lake City can be a healthy place to live year round.  For this reason, I have teamed up with a new non-profit organization, Athlete's for Clean Air, who is a group of athletes and outdoor professionals dedicated to changing Utah's air quality by addressing the root issues and providing real solutions.  I am proud, excited, and honored to be an ambassador for this group.  As an athlete, I constantly strive to be the best that I can be.  I am excited to work with this group to help Salt Lake City be the best it can be which is an amazing place to live!

Now for the inevitable surgery update and a bit of technical background:

Surgery #5 was an oophorectomy which means my ovaries were removed.  Why did I have my ovaries removed?  The simple explanation is that ovaries produce estrogen and my particular breast cancer utilizes estrogen to spread.  We don't want to add fuel to the fire of any potential renegade cancer cells in my body.   One may ask why my ovaries weren't removed back in 2011 at my original diagnosis.  That is because I was taking Tamoxifen, a Selective Estrogen Receptor Modulator (SERM), which means that it prevents estrogen from binding to and activating cancer cells.  Since the cancer cells in my axillary lymph nodes were growing despite Tamoxifen, it was determined that Tamoxifen (for whatever reason) was not very effective for me.  For this reason, I am now taking Arimidex, an Aromatase Inhibitor.  Arimidex stops the actual production of estrogen by the adrenals (fat, muscle, etc), however does not stop the production of estrogen from ovaries.  Hence the oophorectomy.  The hope is that depleting my body of estrogen will prevent this cancer from EVER coming back.  Lack of estrogen is not without side effects, but I am pretty excited that my gynecologist/surgeon who performed the surgery is an advocate for safe, natural treatments.  Estrogen replacement therapy for obvious reasons is NOT an option for me, so I am hopeful that my side effects are minimal.  Time will tell.....

Surgery went well.  I arrived to Huntsman at my scheduled 6:00 AM time.  It was so early they hadn't even unlocked the reception desk. 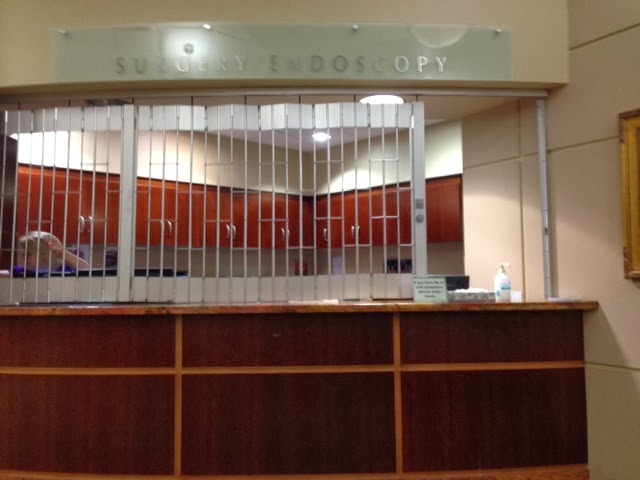 I was the first surgery of the day, arriving at a grueling 6:00 AM
less than 12 hours after returning from St. George!

As usual, the Huntsman surgical team took fantastic care of me.  It started out with a bear hug.  A "bear hug" is an air blanket that blows warm air.  Seriously, if I could just get a facial and pedicure it would be like a day at the spa, but in an ugly gown. 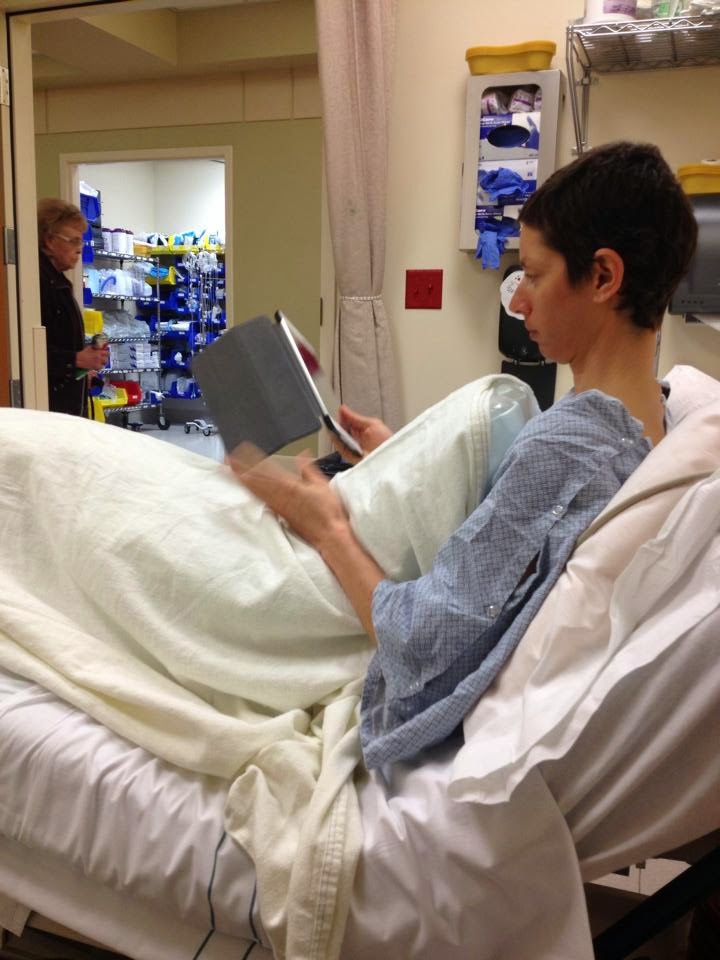 The surgical plan was oophorectomy, however prior to surgery I signed a waiver that if anything looked suspicious and if initial ovarian biopsy came back with cancer cells, a full-on hysterectomy and lymph node removal would be performed on the spot.  (Note:  This surgery was to remove ovaries to stop estrogen production, not because of suspicious ovarian cancer, but you never know...)  Thankfully, everything looked good and I awoke happily to find three small incisions instead of a giant one.  Final pathology results will be back next week.    Additionally, I am happy to say that the anesthesiologists have my anesthetic cocktail dialed.  I pretty much wake up and am ready to go home.  Absolutely no nausea!  Yet another thing to be thankful for on this day! 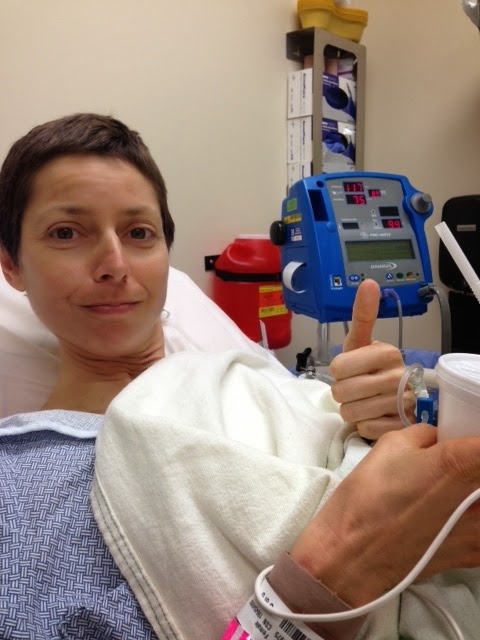 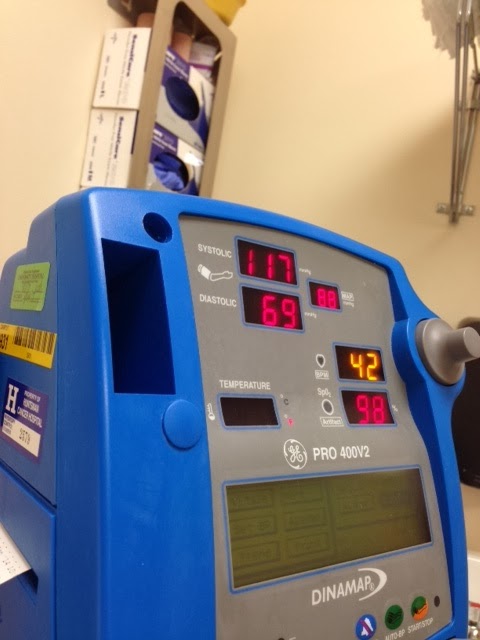 So, that is that.  I am hopeful that this is the last of it for a while as I have so much to look forward to in 2014.

Note to self:  The morning after major abdominal surgery don't jump out of bed.  1-It hurts!  2-You will pass out from orthostatic hypotension.  Now that I have that figured out the day is going much better!

2013 started with optimism, joy, and hope that our toughest days were behind us. 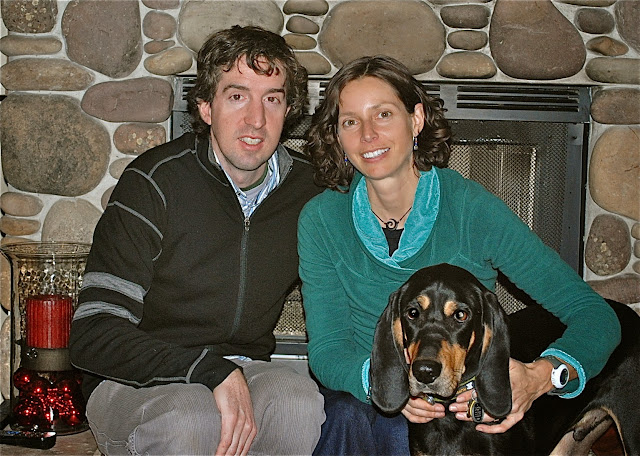 We started the year off right with an amazing vacation to Tulum, Mexico where we chilled on the beach and explored Mayan ruins. 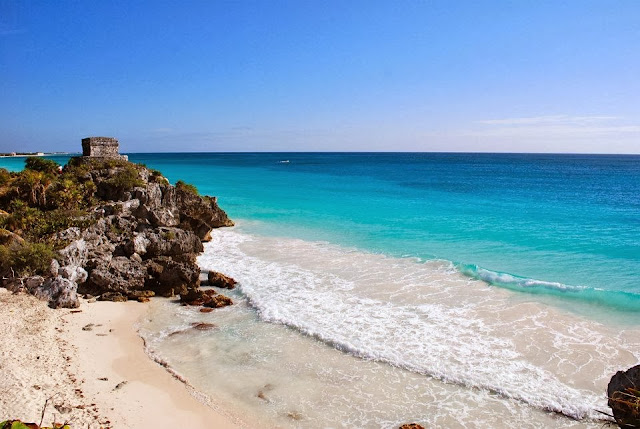 Tulum, Mexico:  In our opinion, the perfect combination of relaxation and adventure 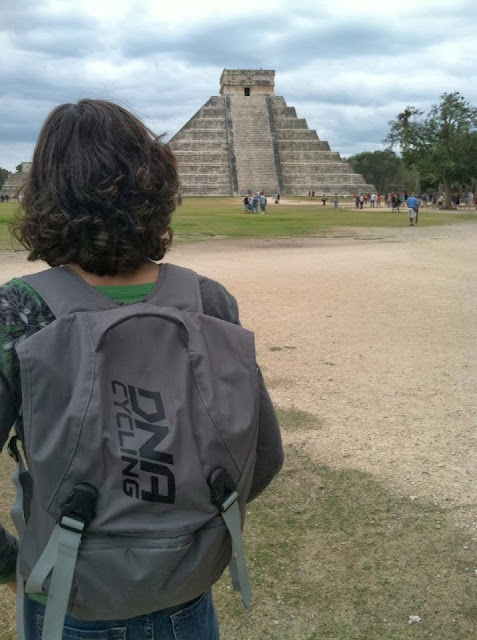 We declared that we would celebrate every single January being cancer-free.

Winter training went well and my health seemed better than ever.  Early season race results confirmed that I was indeed fitter and stronger than ever! 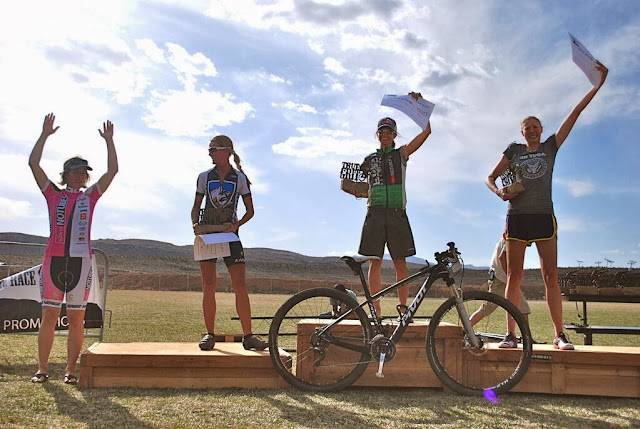 On the top step at the True Grit 50

Less than two years out from finishing treatment for my original diagnosis and I was starting to feel like a "normal" person, not a cancer patient; however as anyone who has been diagnosed with cancer and is at risk for a recurrence knows, there is always a small, lingering fear that it could come back.

Fast forward to May and I felt like the nodule was changing.  I no longer had to "dig around" to feel it, I could feel it while washing in the shower.  So the week after winning 12 Hours of Mesa Verde with my husband and teammate, I made the call.

The next morning I found myself back at Huntsman for an exam, which led to an axillary ultrasound, which was "highly suspicious".  A core biopsy was done on the spot and two days later it was confirmed that there was indeed cancer in the lymph nodes.

The following two weeks were filled with appointments to determine the extent of the cancer.  Multiple MRIs, a PET scan, and ultrasound were performed along with axillary lymph node dissection surgery which left me with a drain. 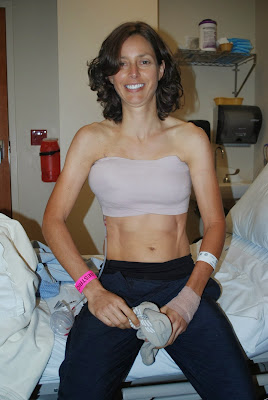 I was looking pretty fit post-op 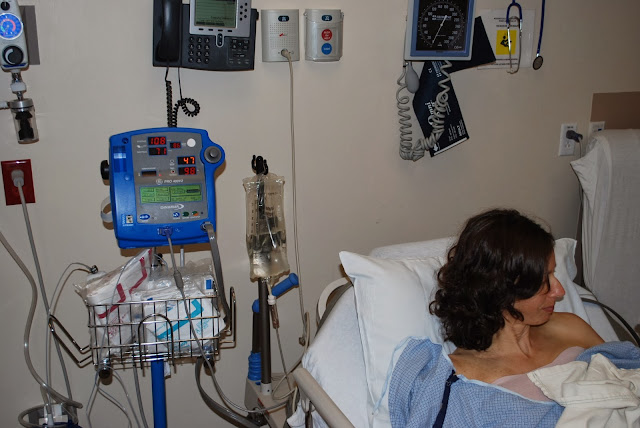 ...and the monitor numbers don't lie 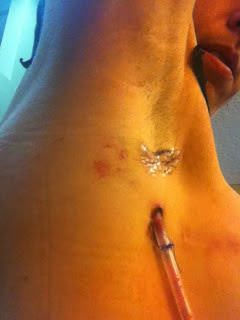 
Eight lymph nodes were removed; three of which had some cancer.

Our optimism, joy, and hope were replaced with confusion, sadness, and fear.

The consensus was that despite a negative sentinel lymph node biopsy back in 2011, the cancer had been lurking in my lymph nodes all along.  For whatever reason, I fell in the less than 5% of false negative sentinel lymph node biopsies.  MRI and PET scan results fortunately indicated no current distant metastases to other organs, however it was disconcerting that the cancer cells in my lymph nodes were growing despite my previous chemotherapy and current Tamoxifen use.

Further chemotherapy and radiation was indicated, however since I was an "unusual" case there was no research-based, statistically supported protocol to follow.

Thanks to some good friends, we were fortunate to have the opportunity to go to one of the best cancer facilities in the country, MD Anderson Cancer Center in Houston, Texas, for a second opinion.  Our trip was a successful one, and we came home feeling confident in a treatment plan. 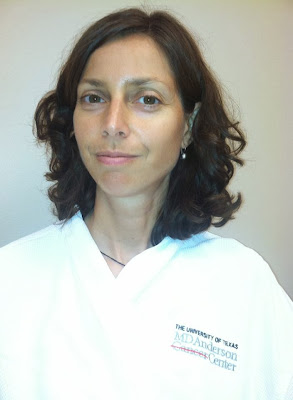 In July, for the second time in two years, I was undergoing chemotherapy.  My regimen included three of the most toxic drugs including Epirubicin, 5-FU, and Cytoxan. 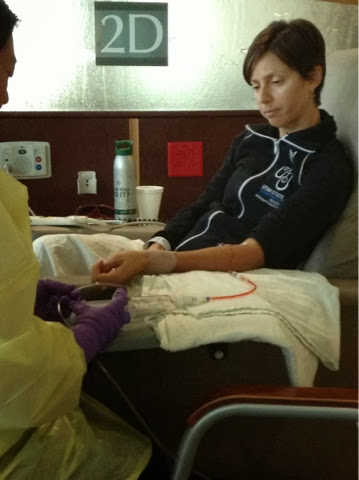 
In addition to my medical treatment and self-directed anti-cancer diet, I started working with Nutritional Solutions.   With the goals of enhancing my cancer treatment while minimizing side-effects as well as supporting my body to ward off future recurrences through research-based anti-cancer nutrition and supplementation, I feel empowered that I am doing EVERYTHING I can to prevent another recurrence.

In anticipation of losing my hair, I got a short-sassy cut that I loved! 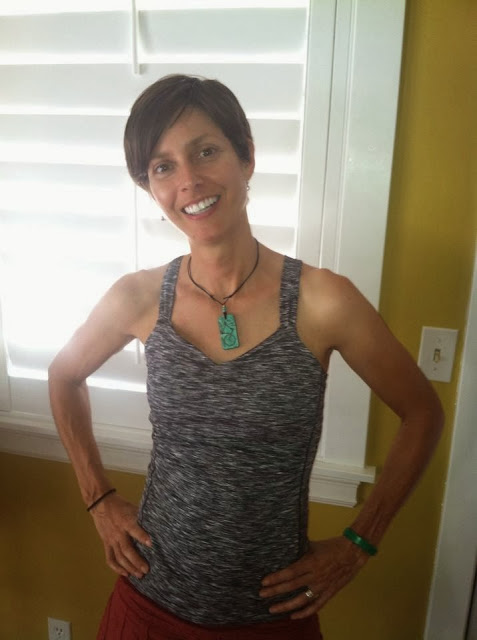 Can't wait till my hair grows out to this length again! 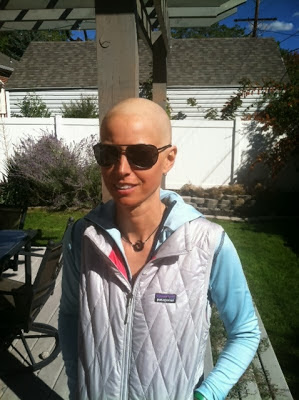 Chemo days were dark days, however I tried to fill them with as much joy as possible.  I rode my bike to every single treatment and arrived with a smile on my face. 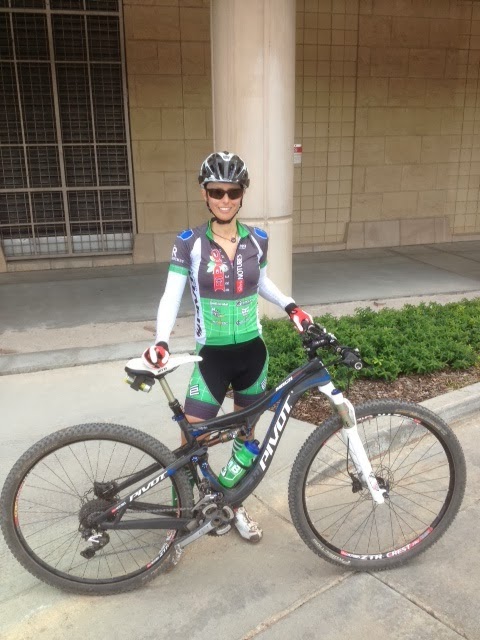 Getting in some dirt therapy prior to hitting the infusion room

Cancer has a funny was of bringing people closer or tearing them apart.  Shannon was once again my rock, validating that the BEST decision I ever made was marrying him! 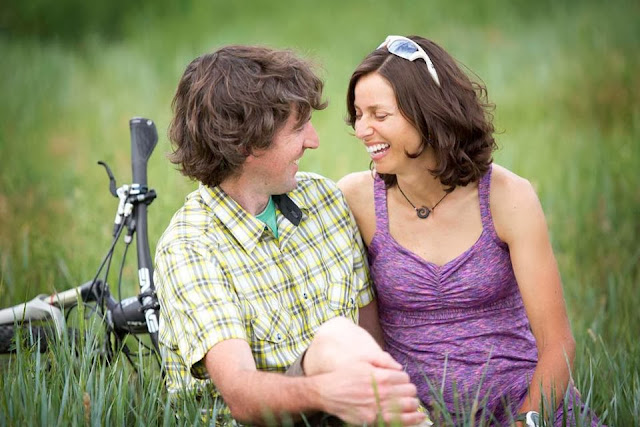 My crazy hound puppy became my best friend.  He would cuddle with me when I slept, go running/hiking with me when I felt good, and never commented when I looked like sh**. 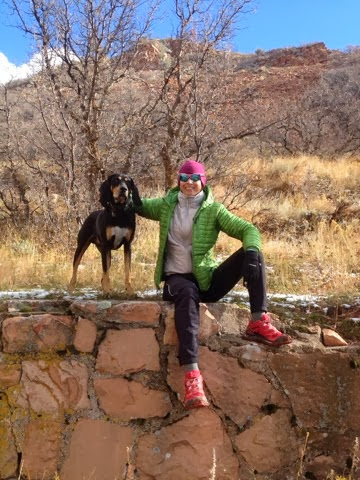 I surrounded myself with people who were easy to feel joy around. 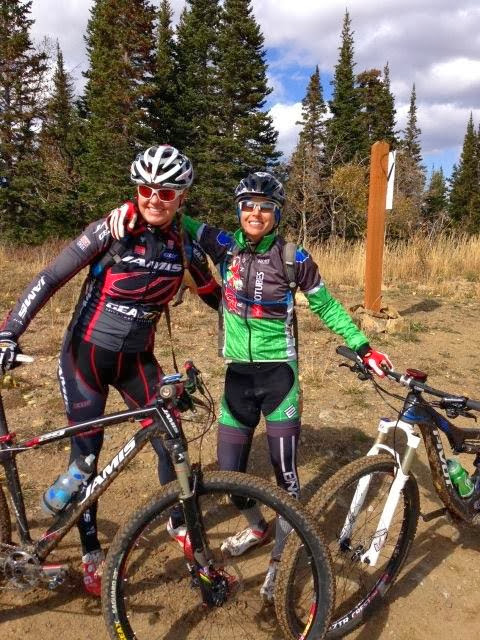 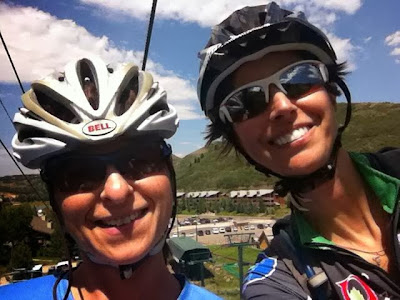 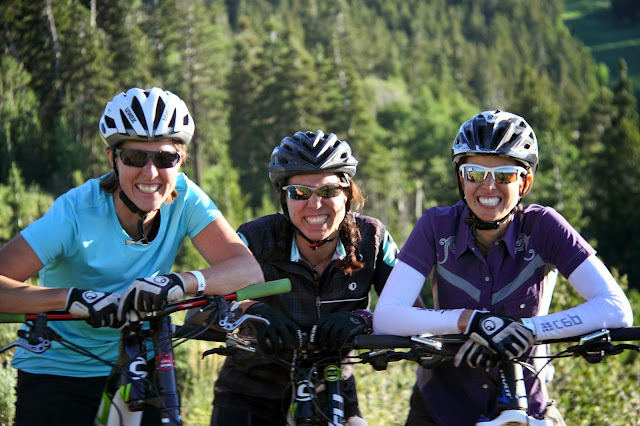 ....and spent most of my energy doing things that made me happy. 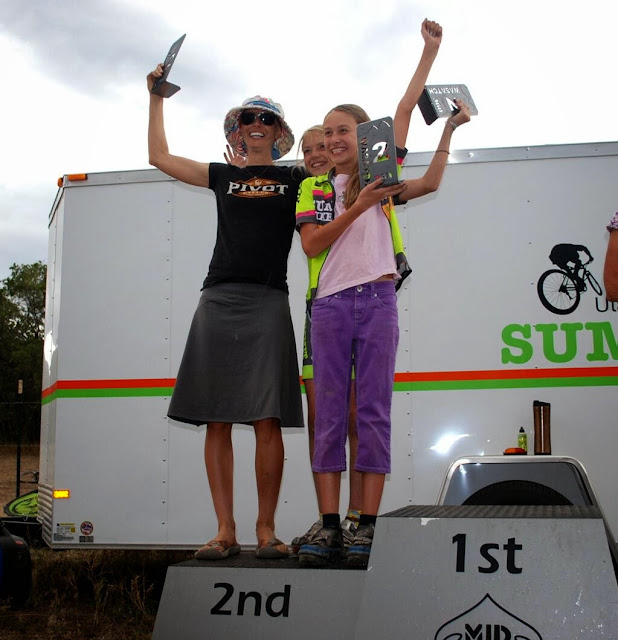 6 weeks and 30 treatments later I was done with radiation and celebrated with my first trip out of town since starting treatment back in July.  We spent 5 days at our condo in St. George, UT that we purchased this summer.  We were under contract with the condo just prior to my recurrence.  With so much uncertainty, I was tempted to back out of the deal, however following through with it can be classified as our best decision of 2013.  Every day I spend in our little desert retreat, I have to pinch myself that it is ours! 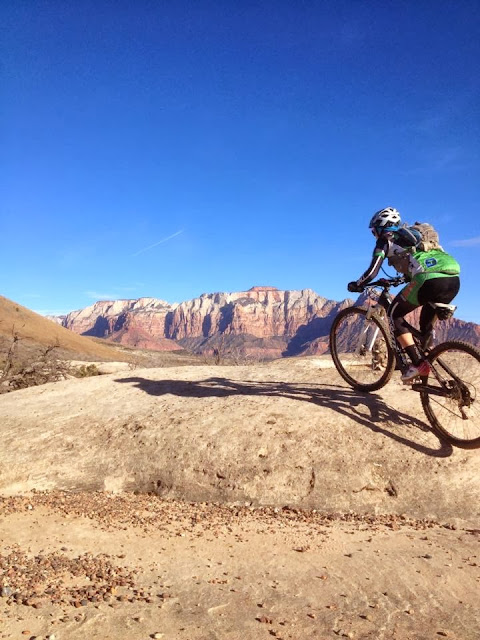 My holidays were spent with family and another trip to the desert. 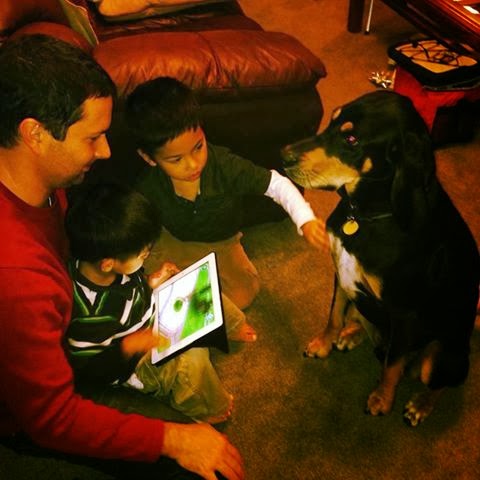 Dizzy reading with his cousins 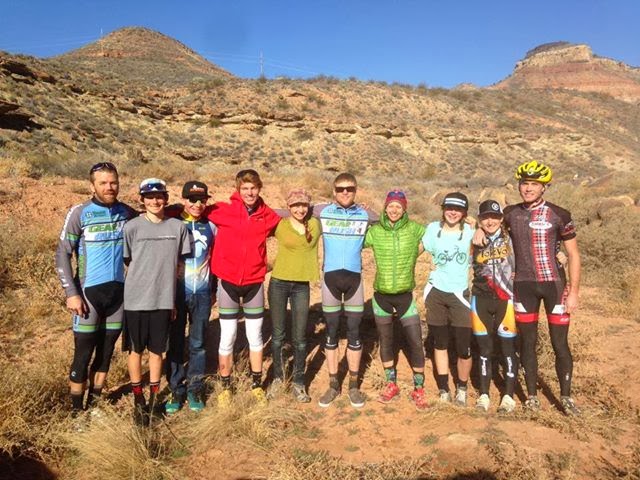 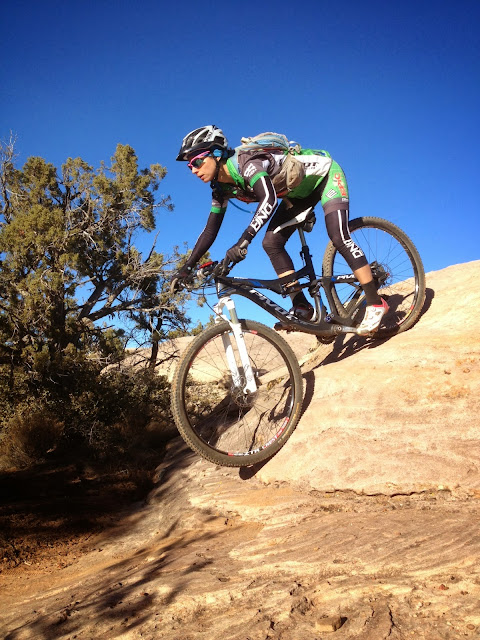 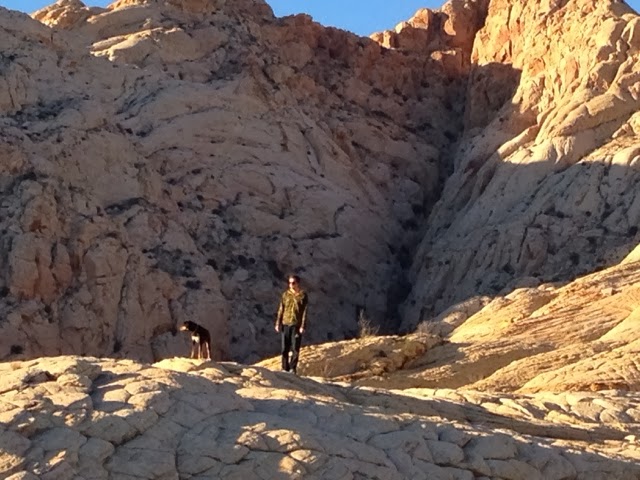 Lots of biking, hiking, relaxation and joy was had in this desert paradise!


When all said and done, 2013 can be summarized in numbers:
8 races, 4 wins
70+ doctor's appointments!!!
4 chemo infusions
30 radiation treatments
0 illnesses (colds, flu, etc....besides cancer)
510 hours on the Bike
168 hours cross training
and surprisingly, although not so surprising when looking back at the photos, lots of joy and happiness

Even though I have another surgery lurking in the near future (either oophorectomy or hysterectomy), Shannon and I are looking toward 2014 with optimism, joy, and hope that our toughest days are behind us. 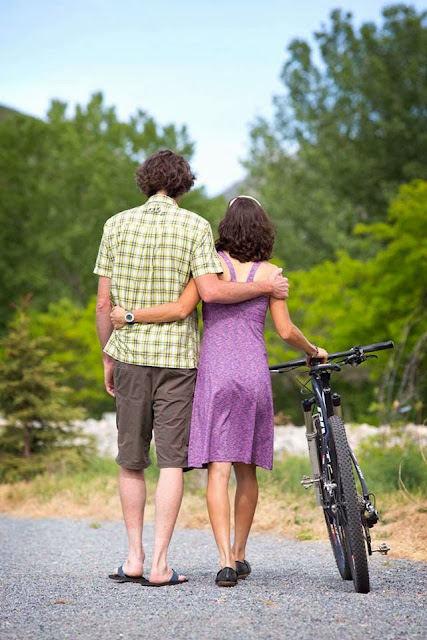